In question readings, you are addressing a specific question. Tarot is not intended to answer specific yes or no questions. Most say it also shouldn't be used to make decisions, but instead should be used as a guide to help you make the decision yourself.

If you have the answer before the reading, then you're not allowing the cards to guide your overall decision.

Your question should be focused, but not overly detailed. Rather than looking at one particular aspect of a problem, find a way to look more broadly at it. For example, rather than asking how you can make your home life less chaotic, ask how you can better balance kid schedules and adult schedules. . Only include the minimum level of detail needed in order to express what you want to learn from the cards.

Open readings address the larger aspects of your life rather than a specific problem area or question. They're usually done when you're entering a new phase of life, such as getting married, graduating from college or starting a family. You can somewhat direct the reading if you have a general area you want to cover, such as your career or health, but that's as specific as the direction gets. 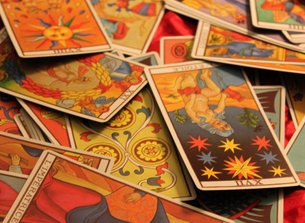 AND BASE ON DONATIONS