There is a lot of confusion about shaman, healers, gurus and sages and many other loosely understood terms. People apply all sorts of preconceived ideas and prejudices when thinking about shamanism. Especially because shamanism is usually seen as an archaic and antiquated practice left behind by the modern world.

Shamanism has existed as long as humanity, and is an integral part of the human expression. Shamanism is expressed differently by different cultural groups. But a good general definition is that the shaman is a person capable of restoring order and harmony in both individuals and the group.

The shaman concerns themselves with the conscious realm as well as the physical.

Shamans are sometimes described as intermediaries between the human and the spirit world. But essentially shamans are people with a strong interest in the cultural, social and political aspects of their societies, and facilitating personal growth and evolution within the community. 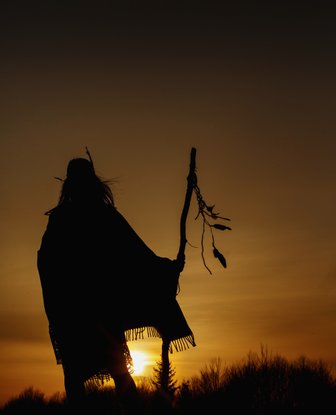 American psychologist and consciousness pioneer, Stanley Krippner, describes shamans as "community-assigned magico-religious professionals who deliberately alter their consciousness in order to obtain information from the 'spirit world.' They use this knowledge and power to help and to heal members of their community, as well as the community as a whole."

Shamanism is essential to the modern world because it deals with interpreting and understanding consciousness and reality. In the West there are vital questions being asked about our sustainability and our lifestyles.

There is a powerful desire to create a consciousness and behaviour that not only fulfils the well-being of individuals but enables a sustainable and respectful relationship with the natural world. To do this we need all the tools we have at your disposal. Shamanism is one of those tools